Jorge-Luis Borges used to quip that he felt prouder about the books he had read, than about the books he had written. Having read, in short succession, Histoire des deux Indes, The Landmark Thucydides, De l'esprit and Democratic Enlightenment. Philosophy, Revolution, and Human Rights, 1750-1790 (New York: Oxford University Press, 2011) [info], I can say that I fully agree with the great Argentinean writer. Professor Israel's scholarship is truly ... out of this world! Democratic Enlightenment is an amazing accomplishment; the book provides a thousand pages of information on many aspects of Enlightenment thought — and it does so on a global scale!

Needless to say, I have very little to comment on many aspects of the book, especially the difficult (but very interesting) chapters on German Enlightenment. This partial review concentrates on the political thought of some of the key figures of the (French) Radical Enlightenment: Helvétius, Diderot, Raynal, Deleyre, d'Holbach, Mirabeau and Volney, who all play a key role in Democratic Enlightenment. In particular, I will argue that ideas about the executive power need to be thoroughly assessed in order to settle scores with rousseauism in the run-up to the 1789 Revolution.

First things first: property rights & the search for a new mikté
All radical French philosophes agree on the following point: the key task of government is to protect individual property rights, so that —among other things— credit, trade, peace, knowledge and innovation can flourish. One can find different versions of this narrative in Helvétius, Diderot, Raynal, Deleyre, d'Holbach and Condorcet. Admittedly, the Histoire philosophique takes a step further — it calls for the widest possible extension of the right to property. (I provide some examples in my book). Now, once that right is duly established, a sound judiciary becomes an element of crucial importance in a well-organized polity: "La justice suit naturellement la propriété" (HDI 1780, xiii.42).

Diderot staunchly defends the notion of 'judicial independence' in his writings on Russia, and in his 1771 letter to princess Dashkoff [see]. So does Condorcet: "L'indépendance absolue des fonctions judiciaires est le bouclier le plus impénétrable de la liberté, puisqu'elle garantit la vie et les biens des citoyens contre les atteintes de tous les pouvoirs." After reading Democratic Enlightenment, one is left with the impression that these important points are given scant attention. In a comment on Raynal and English law, Mr. Israel rightly points to the Histoire's rejection of English civil law, but he omits the Frenchman's moving hommage to English criminal procedure [see]. Legal formalities, in other words, are seen by radical philosophes as the bulwark of individual freedom.

The separation of powers and, more generally, the notion of 'political balance', feature prominently in radical political thought. Somewhat anachronically, Alexandre Deleyre still vaunts the merits of mixed government in his 1774 account of the English government. In REPRÉSENTANS, d'Holbach approvingly mentions "tenir la balance, contrebalancer" and "un juste équilibre". Yet, it is clear that by 1770 —as Mr. Israel brilliantly demonstrates— the political culture had undergone radical change. The search was on for a new kind of mikté. The old Polybian combination of monarchy, aristocracy and democracy was losing ground to the esprit républicain, much to the dismay of David Hume and (later on) Gaspar de Jovellanos.

Political writers had to invent, from scratch, a new kind of mixed government. While Helvétius imagined "l'équilibre des passions" brought about by the action of contrepoids, Volney in Les ruines dreamed of an "heureux équilibre de forces & d'actions" [see]. Eventually, the breakthrough came in 1787 with James Madison's vision of the American mixed government: a combination, not of different social spheres, but of different levels of jurisdiction (state vs. federal). Throughout the period, political balance was seen as desirable by many non-rousseauist radical thinkers; but the elective principle was here to stay, as Madison himself told John Adams in a stern 1817 letter [see].

The nature of the executive power
The 'construction' of the executive is the litmus test of any modern, republican Revolution. This is a much, much more difficult undertaking than, say, the establishment of the judiciary or the legislative power. This is precisely the meaning of Thomas Jefferson's 1811 letters to Alexander von Humboldt [see] and Destutt de Tracy [see]. Where did radical thinkers stand on this issue? Well, they were pretty evenly divided. We know that the Histoire philosophique, Mirabeau and (later on) Volney favoured a strong, one-man executive with veto powers. They were taking cues from one of the key anti-rousseauist books of the century: Jean-Louis de Lolme's La constitution de l'Angleterre (1771).

According to De Lolme, there can be no freedom without an energetic, independent executive endowed with veto powers. And by the way, a single-person executive is much easier to control! (Freedom of the press plays an important role here). This is all anathema to rousseauist thinking, because it means that a portion of the legislative power will end up in the hands of just one man. (D'Holbach seems to agree in REPRÉSENTANS). Here's Deleyre in a passage clearly inspired by De Lolme:

The political chaos that engulfed France from 1792 to 1799 reflects, at least in part, the lack of a strong executive. Mirabeau was right, and so was Raynal in his May 1791 address to Assemblée Nationale. He was merely forecasting what eventually occurred: l'établissement du plus fort. (Ironically enough, he had repeatedly met the young Napoléon Bonaparte). In early 1801, an ecstatic Volney wrote to Jefferson, proudly announcing that France had found her own ... Washington. While he later recanted, the fact remains that the author of Les ruines had (finally) come to terms with the need for a strong, unsubordinated executive power. Email ThisBlogThis!Share to TwitterShare to FacebookShare to Pinterest
Labels: Eloquence 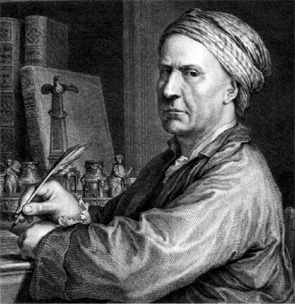 Email ThisBlogThis!Share to TwitterShare to FacebookShare to Pinterest
Labels: Adams 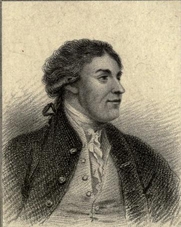 Now look at the words used by John Adams to describe the executive power: "A representative assembly, although extremely well qualified, and absolutely necessary, as a branch of the legislative, is unfit to exercise the executive power, for want of two essential properties, secrecy and despatch" ("Thoughts on Government", 1776). And here's Alexander Hamilton in Federalist 70:"Decision, activity, secrecy, and despatch will generally characterize the proceedings of one man in a much more eminent degree than the proceedings of any greater number".