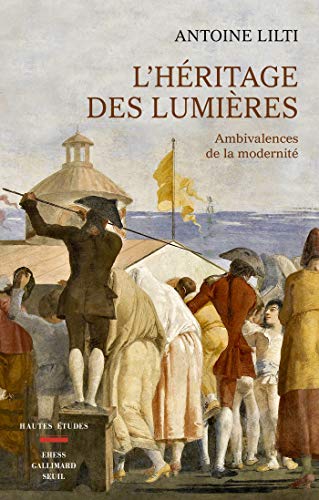 ... his research on the sums of two squares would lead him slowly to his greatest discovery in number theory, a clear statement of the complete law of quadratic reciprocity, which is one of numbers' theory two fundamental laws. When p and q are distinct odd primes, it addresses whether the pair of quadratic congruences x^2 ≡ q(modp) and x^2 ≡ p(modq) are both solvable or only one of them is. The first preceding symbols indicate that x^2 — q is divisble by p. Congruences, then, involve divisibility.

Turgot informed Euler that Louis XVI had agreed to fund the printing of the naval and artillery books. The support of the king —along with that of a great court minister who was respected across Europe— humbled Euler. Turgot invited Euler to remove any errors in the originals, and the improved second edition of the Théorie complète de la construction et de la manoeuvre des vaisseaux that added supplements by Lexell, appearing in 1776 ... its Parisian editors praised "the great good that Euler's many discoveries had done for the French and other enlightened nations". 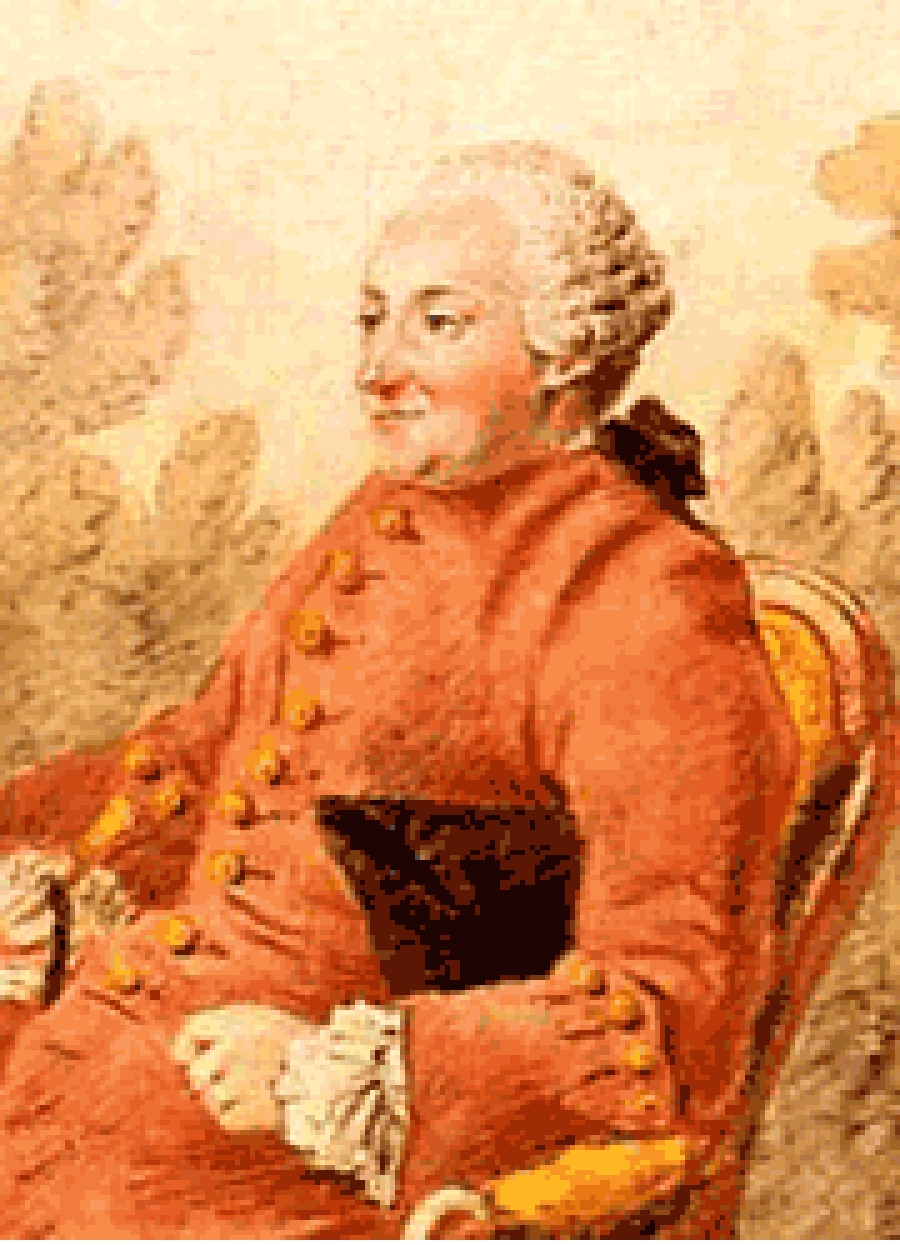 "Man was made for action" — David Hume

"The Scottish Enlightenment is now widely regarded as an intellectual golden age, the rival of Periclean Athens, Augustan Rome, and Renaissance Italy". So writes Dennis Rasmussen in the introduction of his book on the friendship between two intellectual giants: David Hume (1711-1776) and Adam Smit1727-1790). Horace Walpole declared that Scoltand was "the most accomplished nation in Europe"—and that was in 1758, before the publication of Smith's books and of Hume's final volumes of the History of Great Britain. The three books surveyed here allow us to understand the enormous impact of these two great Scottish thinkers. And although they have very different formats and a different target audience, they complement each other well.

Adam Smith: His Life, Thought, and Legacy
The most striking fact about the volume edited by Ryan Patrick Hanley is its innovative format. Instead of a dozen or so articles on different aspects of Smith's writings, the book contains no less than thirty-two short contributions that span a surprisingly wide range of topics like finance, politics, history, behavioral economics, economic development, freedom, justice, rhetoric, enlightenment studies—and even feminist ethics and corporate governance. Each article includes its own bibliographical essay, which I found especially useful. Rather than a detailed review of each section, I will concentrate on some of the aspects that I found most striking and interesting. Most of my comments are based on my reading of the Wealth of Nations, as I have read only parts of TMS, RJ and LBLR.

First, I am delighted to note the emphasis on security as a pillar of Smith's thought. Does that reflect the impact of my blog posts on the matter? (1, 2, 3). I don't rule that out, as I remember an earlier email discussion on this very topic with Nicholas Phillipson, who pens the piece on "Smith and the Scottish Enlightenment" (pp. 105-119). There are some very good quotes on the importance of security throughout the book: "Security is the first and the principal object of prudence" (TMS, p. 143). Writing on WN, Jerry Evensky concludes: "Thus in Smith's analysis security is the sine qua non of the dynamic of accumulation, investment, and growth" (p. 74). In a little known work on The History of Astronomy discussed by Craig Smith, Adam Smith states that only when "order and security" have been established can scientific endeavour flourish (p. 95).

Maria-Pia Paganelli, whom I had the pleasure to meet at the Colloque International Économie et Politique chez Ferdinando Galiani (Lyon 2015) [see], writes on "Adam Smith and the History of Economic Thought: the Case of Banking" (pp. 247-261). She does not deal with Smith's (difficult) pages on the Amsterdamse Wisselbank, the 'mother' of central banks. In the midst of the Eurozone crisis, back in 2011, I suggested that Smith's views on the Bank of England were particularly useful, as he takes note (in WN) of the contrast with France, a country without the equivalent of that money-printing institution, a central bank all but in name [see]. There is no shortage of analysis on the broad topic of Adam Smith and justice. In that regard, I particularly liked the pieces by Nicholas Wolterstorff, Chad Flanders and Lisa Hill. But what is the foundation of security and justice? I will never tire of quoting Smith's remarquable passages on what we nowadays call 'judicial independence' in LBLR [see] and WN [see].

There is no mention of these passages in the book. Yet I think they provide the key to Smith's système as a whole. Consider Lisa Hill's quote about the beneficial impact, in social terms, of high wages ("Adam Smith and Political Theory", p. 334). In Book I of WN, Smith makes it clear that high wages are a function of the low cost of capital—which depends on the security of possessions, which in turn depends on ... judicial independence! While it would be unfair not to mention other articles, I must say that I particularly liked the contributions of Michaël Biziou's on "Adam Smith and the History of Philosophy" (pp. 423-442) and of Frederik Albritton Jonsson on "Adam Smith and Enlightenment Studies" (pp. 443-458). And, as a lecturer on Finance, I was pleasantly surprised to find John Bogle —the innovator who launched the 'passive asset management' revolution— as the author of a piece on Smith and shareolder capitalism (pp. 525-541).

Hume: an Intellectual Biography
This is the most difficult, and the most rewarding, of the three books presented here. James A. Harris is Reader in the History of Philosophy at the University of St. Andrews. His book is an intellectual biography of David Hume—as such, it contains little information on Hume's life itself, unless a particular biographical episode helps to explain an idea. The book is an amazing tour de force. Skilfully guiding the reader through the chronology of Hume's publications, Mr. Harris manages to cover all aspects of Hume's thought: the theory of knowledge, history, economics, politics and religion. I can say little on the theory of knowledge. However, I will venture this: Hume may be a very relevant author for those who seek to know more about the meaning of Big Data, algorithms and Artificial Intelligence. What is Big Data if not the numerical expression of 'experience and observation' as defined by Hume? Mabye I'll come back to that point later on in the blog (I need to do more reading!).

But let me mention the parts of the book that deal with politics and history. The key elements are to be found between pages 331 to 340 and 385 to 433. Hume updates Polybius's anacyclosis —the theory that explains how mixed regimes can temporarily avoid decline— by incorporating two modern elements: on the one hand, commerce and the increasing importance of property rights (here Harrington is a key source); on the other hand, the balance of power at the international level. These pages are absolutely fascinating. Following Polybius, Hume decries the lack of authority as the key threat to stability, and as the leading cause of tyranny. However, an excess of authority is bound to suppress freedom, causing as much damage. Mr. Harris quotes Hume himself: "In all government, there is a perpetual intestine struggle, open or secret, between AUTHORITY and LIBERTY; and neither of them can ever absolutely prevail in the contest".


For Hume, defined by Mr. Harris as "the scientist of politics", two apparently contradictory ideas —absolutism and 'libertarianism'— need to be combined in order to achieve stability and prosperity. The chapters of the History dealing with the revolutions of the XVIIth century provide a brilliant illustration of this idea. In fact, I would argue that Hume's debt to Polybius is enormous, a point that requires more research. As Mr. Harris indicates several times, Hume went back periodically to his Latin and Greek sources, and Polybius features repeatedly in his essays. Hume's tremendous success as an author was due to the fact that he avoided being pinned down either as a tory or a whig historian. His deep knowledge of classical authors served him well in that regard. (Time permitting, I will write a longer review of Hume: An Intellectual Biography in coming weeks).

The Infidel and the Professor
Unlike the previous two books, The Infidel and the Professor is about a story. And that story is the friendship between David Hume (the Infidel) and Adam Smith (the Professor). Dennis C. Rasmussen, an associate professor of political science at Tufts University, takes us through the subtle points of disagreement between Hume and Smith: the advantages of the commercial society (with DH more sanguine on this point), religion, happiness and work, the drawbacks of inequality, etc. There is more material on the importance of security, especially on pages 162 and 163. (Again: did my own blog posts launch that discussion?). Yet, Smith's passage on judicial independence as the foundation of security remains unquoted. The parts on Hume's theory of knowledge and on the ill-fated encounter between Hume and Rousseau are very good.


Mr. Rasmussen devotes a great deal of attention to the brouhaha surrounding Hume's death. Again, the story is very well told—and the annex of the book is very helpful in that regard. Books like this are especially useful because most readers are naturally attracted to stories. And if the story is compelling enough —as is the case here— the reader is likely to come back for more: perhaps an intellectual biography first, and then the writings of Hume and Smith themselves. So we've come full circle. One point that I found wanting in the books reviewed here (especially the first and the third) is more analysis of the relationship between DH/AS and French philosophes (excepting poor Jean-Jacques). Both DH and AS were admirers of Montesquieu, and both nurtured deep friendships with the likes of d'Alembert, Turgot, Helvétius and d'Holbach, to name but a few. Smith himself made the journey to Geneva to meet Voltaire. Yet there is no mention of the impact of Raynal's Histoire des deux Indes on WN; and Mr. Harris appears to describe Condorcet's Esquisse as a contemporary work (it was published in 1794).
Posted by Agustin at 10:12 AM 1 comment: